NAD, The molecule of life 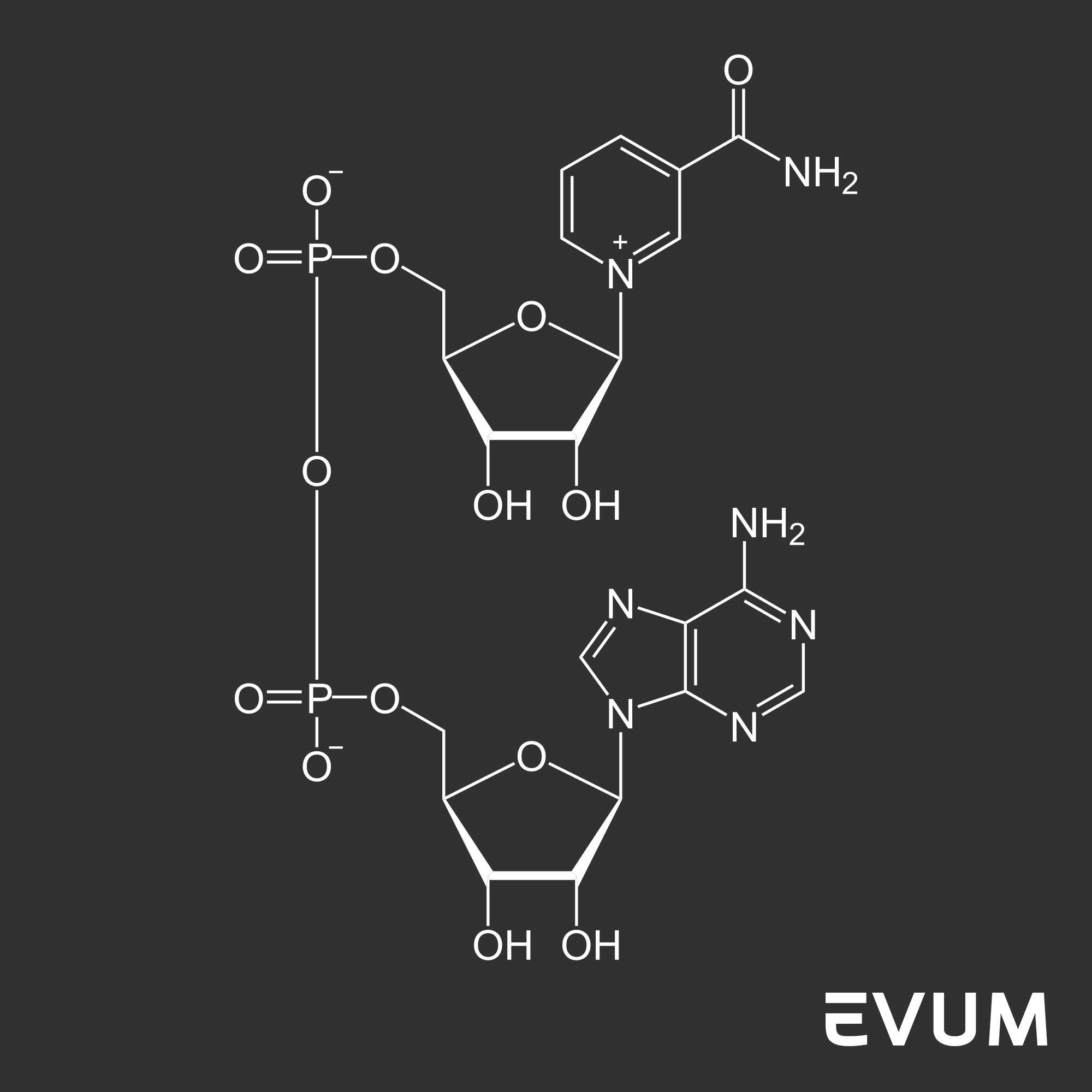 NAD stands for nicotinamide adenine dinucleotide. It is a molecule that is within every living cell in the body and, therefore, it is necessary for life. NAD is responsible for powering the metabolism. It does this by converting the food we consume into the energy that our body needs to carry out all of its functions. It is also responsible for turning off those pesky genes that accelerate the aging process. Quite simply, without NAD, we wouldn’t be able to live.

History of NAD in biology

The discovery of NAD and its various functions has started a century ago and closely followed the pace of major steps ahead in science.

William John Young and Sir Arthur Harden are responsible for identifying NAD+ in 1906, as part of their efforts to understand fermentation. Nevertheless, the information did not simply flood after this. It took another two decades for more NAD+ recognition.

Euler-Chelpin determined that the structure of NAD+ consisted of two nucleotides, which are the building blocks for nucleic acids that make up DNA. At the time, discovering that the metabolic process of fermentation relied on NAD+ was a monumental discovery. It foreshadowed what we know today about the vital role of NAD+ in the metabolic processes in humans.

Scientists Philip Handler and Jack Preiss then further helped scientists understand the role of NAD+ in the diet when they defined the Preiss-Handler pathway. However, it was not until the 1960s that we really started to understand how critical NAD+ is. This was when Paul Mandel and Pierre Chambon, two French scientists, identified Poly ADP-ribosylation. This is the process whereby NAD+ breaks down into two parts; one that meets up with protein and one that is recycled. This research created the field of PARPs, which is a group of proteins that required NAD+ to carry out cellular functions, and is critical to DNA repair.

More recently, in 2017, it was shown by David Sinclair, from Harvard Medical School, that aging in animals could be significantly slowed through supplementation with a NAD enhancer. It is a world premiere which reveals that it exists a simple and consistent way to improve NAD levels in mammals. This giant leap for longevity and the treatment of metabolic diseases related to aging, is now a craze for the whole scientific community in a quest to master NAD and its beneficial effects in humans.

NAD is a vital coenzyme, which is found in every cell in your body. It is involved in hundreds of metabolic processes, like mitochondrial health and cellular energy. As a coenzyme, NAD is a ‘helper’ molecule. It binds to other enzymes, helping cause reactions at molecular level. It is essential for many mechanisms among which:

How NAD is used in our body

There are a number of practical ways that NAD is used in the body. For instance, All alcohol is created from sugar. Because of this, alcohol needs to be detoxified so that alcohol can be processed. This detoxification demands enzymes that need NAD to function.

Also, energy metabolism is one of the most essential functions of NAD. Cells use NAD for turning drinks and food into energy so we can stay healthy. In this process, the nutrients can be utilized more efficiently if the metabolism related to energy production works optimally. In particular, NAD will help convert carbs into energy by turning into NADH. This is because it has a vital role in glycolysis, which is the cycle our bodies use for converting sugars into energy.

The regulation of circadian rhythms is something NAD assists with, keeping them working at their best and in sync. This is vital because when they are not working to this level this is how the likes of sleep deprivation and jet lag happens.

Last but definitely not least, aging is the most significant factor that needs NAD. A person’s levels of NAD in its 60 are approximately half of what they were in its 40s. So raising its levels could be the best idea to increase longevity.

The rise of NAD precursors

Precursors are intermediate molecule that are used by the body to produce other active molecules. There are a number of NAD precursors that have been identified that make utilization of natural pathways that result in NAD. This includes nicotinamide mononucleotide, nicotinamide riboside, nicotinamide, and nicotinic acid. NAD precursors follow pathways that should be thought of as the various routes you can take in order to arrive at a destination. For the most direct route, NMN is the precursor of choice, as NMN binds together in the cells to make NAD.

NAD, the molecule of the century?

NAD has been hugely critical for almost 100 years, yet the gradual pace of technological development and scientific research has only now started to reveal how it can be used. NAD has monumental potential, and how this will be fulfilled is an exciting part of current research. Scientists are looking into the numerous ways this one molecule could enhance human health, especially in older adults. Especially, some of the current human clinical trials that involve the NMN precursor have proven it effectively metabolised and safe, opening the door to its availability to the public for unprecedented benefits.