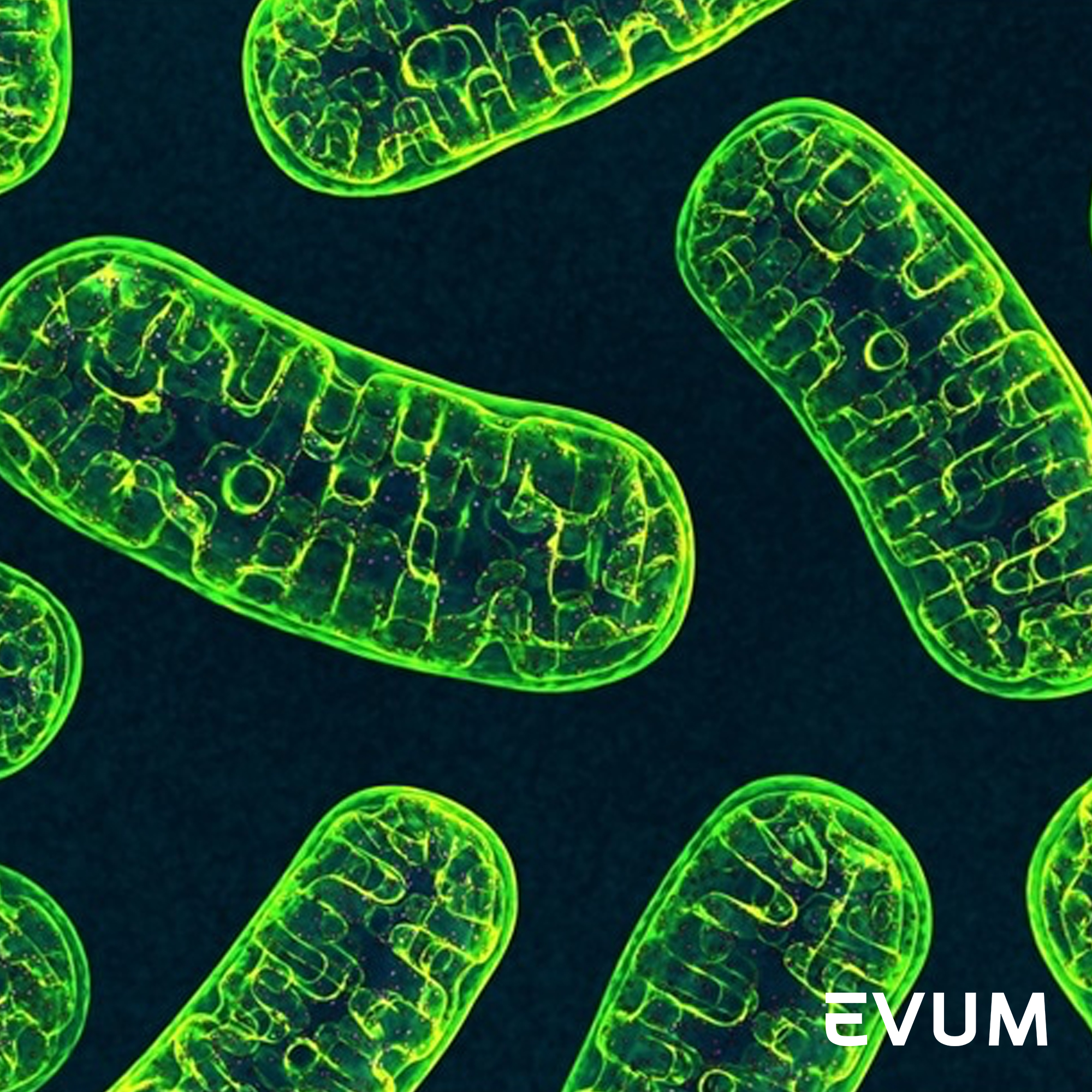 Often referred to as the ‘Powerhouse of the Cell’, mitochondria are small cellular structures that are present in practically all living cells, in all aerobic mammals. They essentially keep both humans and animals operating as they should, and while they are responsible for a wide range of internal processes, they are most notable for their ability to transform food-based fuel and oxygen into vital energy needed for cellular growth.

Mitochondria are of particular interest to cellular scientists. But why? What is most notable about these tiny organelles is that they are structurally very similar to bacteria. Researchers have found evidence that suggests strong bacterial ancestry, and the Endosymbiont Hypothesis proposes that mitochondria evolved from bacterial origins.  This is supported by the fact that mitochondria have their own DNA. Yet despite the likeness to bacteria, mitochondria appear only to have a positive impact on health.

What do Mitochondria do?

The primary role of mitochondria is the transformation of the foods, liquids, and oxygen consumed into energy that can be utilised by the body. This is done by breaking down fats and sugars. The transformation process is known as oxidative phosphorylation, and it’s understood that it generates more than 90% of all energy used by aerobic cells.

However, mitochondria are understood to be responsible for a number of other internal roles and processes. Studies have shown that mitochondria regulate calcium levels by diverting excess calcium to the mitochondrial calcium uniporter (MCU) which restricts bodily uptake. It also reduces inflammatory response, and activates genes that promote cell survival.

The benefits of healthy Mitochondria

Mitochondria are the basis of our cells’ metabolism and their actions sustain many functions of our body. Here are a few examples:

The Mitochondrial Theory of Ageing proposes the idea that the natural ageing process sparks a greater number of mutations amongst the mitochondria. When mutational load exceeds 60% of all mitochondria within a cell, theorists suggest that ageing can become more rapid and noticeable. The theory is supported by a study of mammals exhibiting mutated mitochondrial DNA, who demonstrated accelerated ageing.

Mitochondrial conditions are those which are understood to have roots in mitochondrial malfunction. “The latest research strongly suggests that the vast majority of age-related degenerative diseases have tangled roots in dysfunctional mitochondria” says former naturopathic doctor Lee Know. Alzheimer’s and dementia are two such conditions, although heart disease and diabetes may also be associated with mitochondria.

Mitochondria generate energy for adenosine triphosphate, or ATP; a compound that carries energy around the body and is the primary energy source for all human cells. One of the most notable uses of this energy is by the muscles during times of repair and growth. The muscles utilise this energy to fuse damaged fibres from exercise to each other, creating stronger and healthier fibres that facilitate muscle contraction.

However, mitochondria can only perform these vital human functions and processes if they are healthy. So what possible methods can be adopted to help ensure that mitochondria are continuing to work optimally and perform highly within the body?

The impact of exercise at a cellular level has long been a major point of interest for researchers. Studies are continuing to be conducted into this area, and one study of particular interest, published in the Cell Press journal in 2017, found that young people on average exhibit a 49% increase in mitochondrial capacity – and older people an even greater 69% increase in capacity – following the completion of a high intensity interval training programme. The programme included both walking and biking. It is understood that this increase in mitochondrial function is the result of cells creating more proteins that help to power the energy-producing functions of the mitochondria.

Due to the role of mitochondria in energy transformation, it naturally makes sense that adequate nutrition would play a significant role in mitochondrial health. And it does. Research has found that the nutrients that people consume as part of their everyday diets can have a massive impact on not only the performance of the mitochondria, but also their availability. B Vitamins have long been associated with mitochondrial function. However, more recently, Vitamin E has been proposed as key to protecting mitochondrial structure and boosting function, particularly in heart cells. Vitamin E can be found in abundance in foods such as vegetable oils, nuts, seeds, and green veg.

When researching Mitochondrial DNA Depletion Syndromes (MTDPS), researchers at the Medical University of South Carolina identified 15 drugs that can boost mitochondrial function in a bid to reduce prevalence of diseases such as DGUOK. In a surprising outcome, it was found that, of the 15 potential treatments, nicotinamide adenine dinucleotide, or NAD, was the strongest performer.  “Because the iPSC-derived hepatocytes enabled us to perform an unbiased, phenotypic screen, we were able to identify unanticipated drugs like NAD” says first author Ran Jong Ph.D. NAD dietary supplements are, therefore, one technique for improving mitochondrial performance.

The environment in which a person lives holds the potential to affect mitochondrial function. Mitochondria have been noted as being ‘exquisitely sensitive to environmental threats’, and this sensitivity can result in mitochondrial dysfunction.  Ultraviolet radiation from the sun, and polyaromatic hydrocarbons that are released from burning fuels such as coal, oil, and wood, and from high temperature cooking, have both been shown to damage mitochondria and increase the risk of mutation. William Copeland, Principal Investigator for the National Institute of Environmental Health Sciences (NIEHS) notes that mitochondria ‘are like canaries in a coalmine’.

As well as the environment, a person’s lifestyle can impact the health of their mitochondria. Studies have found that mitochondrial activity stops under extreme temperatures, with lows of less than 2 degrees celsius and highs of more than 24 degrees celsius impacting behaviours. Additionally, mitochondria may also be affected by light. Short wave (blue) light of 400 – 480nm from smartphone screens, laptops, and tablet devices is associated with a decrease in ATP production, potentially caused by mitochondrial dysfunction. However, long wave (red) light of 650 – 800nm increases regeneration of ATP, sparking a number of health benefits across the human body.

The Importance of Protecting Mitochondria

Mitochondria perform a lot more vital internal processes than they are typically given credit for. Far from mere energy transformation, mitochondria can benefit everything from muscle mass to ageing to immunity. And the good news is that protecting the health of the mitochondrial function is much easier than many people think. From taking simple daily NAD supplements to spending less time online, everyone has the power to boost their mitochondrial health and enable them to do their job effectively.

← NAD, The molecule of life Is The Secret to Longevity Inside Us All ? →